Switching to Dentrix Ascend meant Buffalo Prairie Dental gained 24/7 visibility into all locations with data that was always backed up in the cloud.

At Buffalo Prairie Dental, they pride themselves on providing a comfortable, warm and welcoming experience, with great dentists who provide everything from general dentistry to orthodontics and implants to sedation dentistry.

D’Aunn Sturhahn, longtime office manager of Buffalo Prairie, notes that as a Dentrix G5 user, when they grew to two offices, one of the practice’s biggest challenges was not having a centralized database, which did not allow them to have immediate access to the data between locations — and from her off-site office.

D’Aunn recalls, “Updating charts was also a huge challenge,” because when a patient visited the other location, a duplicate patient record was created with different treatment.

“Another big challenge was just keeping up with the software updates.”

Backups were also a serious concern because the practice lost several weeks of data once when their tape backup failed after a crash, and they had to re-create everything by paper.

When Dr. Sturhahn and D’Aunn learned about Dentrix Ascend, they were excited about cloud software that would automatically update and help eliminate their backup concerns. Dentrix Ascend offered the 24/7 visibility they needed in order to easily track their patients. They also had confidence in the Henry Schein family of products as “a long-standing company who wasn’t going away anytime soon.”

Their hopes were realized when they switched. “Dentrix Ascend has absolutely been a game changer,” D’Aunn says. As a consultant, D’Aunn has researched many practice management software products, and she’s found that “Dentrix Ascend is a far superior product to anything else on the market. The amount of detail in reporting is by far so superior to what I’ve seen.” She also notes that it’s more cost-effective, with an easy-to-understand flat cost.

To help others in their transition, D’Aunn advises to make sure to get the entire team on board and fully committed to the change, recognizing that there’s going to be a learning curve. “We knew it was the best move for our company and would bring all our locations together, so we kept pushing through. Two weeks in, I could already tell it was a much better solution. Fast forward six months, and everyone would tell you we would never go back. Dentrix Ascend is a far superior solution. I can’t imagine using anything else.”

D’Aunn has a long list of favorite features of Dentrix Ascend. “There are so many features in Ascend that we probably underutilize,” D’Aunn continues. “The doctors like it all. The chart has everything in it, and our clinical notes are more complete. And X-rays are integrated.” She particularly appreciates the power reporting. “Once you get it, there’s probably not a number in your office that you cannot pull out of that. You can get down to so much detail. It’s incredible.”

“Dentrix Ascend is a far superior product to anything else on the market.”

D’Aunn says, “The benefits it’s given us — the options, the ease — have been priceless. I try to remember how stressful and painful it was to update the software previously. Now we’re always up to date. Anything that you want to do in Ascend, you can do it.” 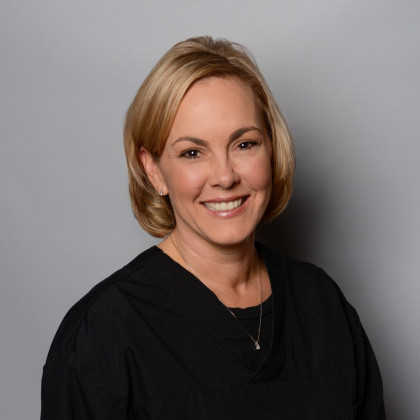