To grow your practice, you have to embrace change. For J. Eric Layton, DMD, MBA, founder and managing partner of Trident General Dentistry, choosing to change their five-location practice to Dentrix Ascend enabled growth and much more. “From a leadership perspective in our group practice, Dentrix Ascend and the Customer Success Program have saved our group in multiple ways,” says Dr. Layton. “We have peace of mind knowing we’re doing things the right way, and when we need help, we can get it quickly.”

“We had lots of reasons for switching to Dentrix Ascend,” Dr. Layton explains. “Our locations were not linked to each other in any way, and it was very difficult — and time consuming — to collect data and run reports.”

And although the practice’s philosophy stressed continuity of care, it was getting harder to maintain that continuity across different systems and locations. Changing to Dentrix Ascend made continuity seamless for the practice and its patients.

“Now, when patients move between locations, we don’t have to enter them into another system at the next location. Their information is already there, along with their X-rays, chart notes, financial data and insurance information,” Dr. Layton says.

The shared database in Dentrix Ascend enables the continuity of care that the practice was missing. “It’s common for our doctors to consult with each other regarding patient cases. With Ascend, our doctors at separate locations can easily look at the same X-ray in real time and discuss options for the best treatment.”

Dr. Layton is a big proponent of cloud-based software, so Dentrix Ascend was the obvious choice to him for uniting the five Trident General Dentistry locations with one practice management system. Sharing information easily between doctors and locations has improved communication and saved the practice countless hours of data input.

“The six doctors in our group can sign charts, look at X-rays during emergency calls, input prescriptions and consult with each other while looking at charts and imaging — even from home on their laptops,” he says.

Because Dentrix Ascend doesn’t require a network server at each location, Trident General Dentistry could grow without being limited by the inconvenience and expense of additional computer equipment.

“Cloud-based software allowed our practice to expand quickly. Being able to hire a new doctor who can be up and running on day one without having to install another desktop — which we didn’t have space for — was huge!”

Managing Five Offices as One Practice

Dentrix Ascend brought together not only patient information from all of the Trident General Dentistry offices but business analytics as well. This has allowed providers to be paid on applied collections more efficiently and gives group management better insight into the practice as a whole.

“Portability and accessibility of the data are my favorite aspects of Ascend,” says Dr. Layton. “It’s a big time-saver to only have to enter information once and then be able to run comprehensive reports.”

In addition, every location can take advantage of Dentrix Ascend features that help increase efficiencies and revenue, such as appointment reminders, the formalized recare program and Online Booking.

“A big part of practice growth is communication,” he says. “With Ascend, our data is in our team’s hands with the touch of a button, and that increases our level of customer service and fuels growth. Now, our insurance and billing are centralized, and we save significant time with automated insurance verification. This added flexibility has also helped fuel our growth.”

“Now, our insurance and billing are centralized, and we save significant time with automated insurance verification. This added flexibility has also helped fuel our growth.”

Another way Dentrix Ascend has enabled growth is through improving recare. The practice’s Dentrix Ascend customer success manager helped Trident General Dentistry target patients — across all locations — who were not in the recare system. Then, the team contacted those patients and set recare due dates. They also customized the frequency and content of their recare email and text messages and set up Online Booking.

The results impressed Dr. Layton and the team. Within a few months, hygiene production improved dramatically (as shown in the reports above from the two offices).

“Once a patient is in the recare system, all the rest is automated by Dentrix Ascend,” Dr. Layton says. “We have plans for more centralization in the future to further utilize the capabilities of Ascend in our practice.

Dentrix Ascend gives Trident General Dentistry the technology and tools the practice needs to best serve their patients as they grow. “All we have to do is log onto the Internet and we are on the most up-to-date version,” Dr. Layton says. “The whole team loves Dentrix Ascend.”

The path of expanding your practice is full of twists and turns. The experts at Henry Schein One understand your business and can help you navigate around each corner, beginning with choosing the right software platform for your organization’s growth.

Why Switch to Dentrix Ascend? 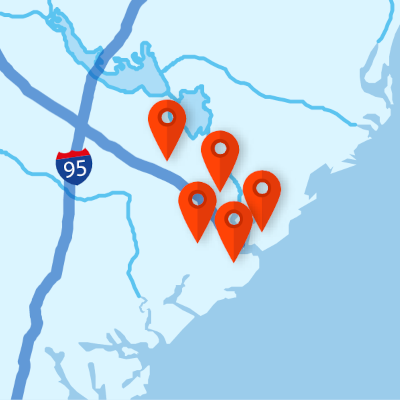